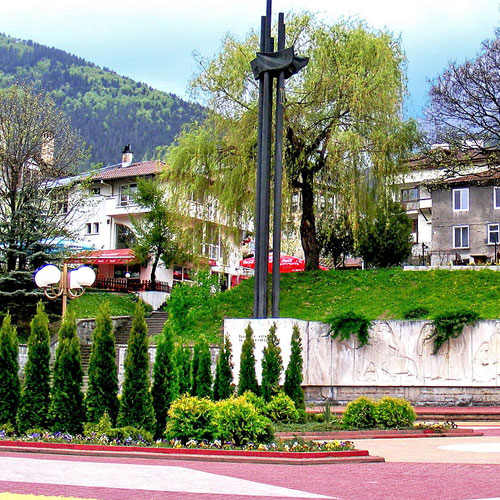 (Bulgarian: Смолян) is a town and ski resort in the very south of Bulgaria not far from the border with Greece. It is the administrative and industrial centre of the homonymous Smolyan Province. The town is situated in the valley of the Cherna (“Black”) and the Byala (“White”) Rivers in the central Rhodopes at the foot of the mountains’ highest part south of the popular ski resorts Pamporovo and Chepelare. As of February 2011, it has a population of 30,283 inhabitants.

According to archaeological evidence, the area around Smolyan was first settled in the 2nd-1st millennium BC. In the Middle Ages it acquired its name from the Slavic tribe, the Smolyani, who settled in the region in the 7th century. During the Middle Ages, it was ruled by the Part of the Byzantine and Bulgarian Empires. For a while during the 14th-century it came under the control of the Bulgarian feudal lord Momchil, alongside the whole Rhodope mountains, before eventually being subjugated by the Ottoman Empire. Smolyan remained under Ottoman rule for five centuries, a township of the Ottoman Gümülcine sanjak in Edirne vilayet between 1867 and 1912. It was known in Ottoman Turkish as Paşmaklı or Ahiçelebi.

The area was liberated by the 21st Sredna Gora Regiment led by Vladimir Serafimov in 1912, during the First Balkan War. The modern town of Smolyan was formed by the merger of three existing villages — Ustovo, Raykovo and Ezerovo — in 1960. The population of Smolyan just after World War II was about 5,000. Since then it started growing decade by decade, mostly because of the migrants from the rural areas and the surrounding smaller towns, reaching its peak in the beginning of the 1990s, exceeding 34,000. Due to its suitable location on top of Mount Rozhen, the Bulgarian National Astronomical Observatory is located nearby, with a planetarium in operation in the town. There is one theatre, the Rhodope Drama Theatre, and a gathering of theatre practitioners and scholars known as The Rhodopi International Theatre Laboratory is held every summer. There is also a regional historical museum founded in 1935.

Smolyan has an elite division football team, PFC Rodopa Smolyan, that had been playing in the A Professional Football Group between 2003-2007. The largest church in southern Bulgaria, the Cathedral of Saint Vissarion of Smolyan, was inaugurated in the city in July 2006. 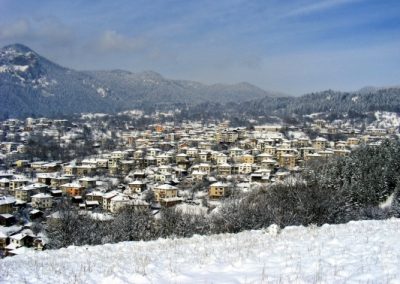